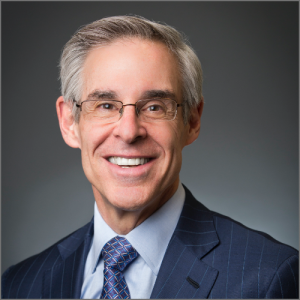 Jeffrey L. Brickman, FACHE, is the president and chief executive officer of Central Maine Healthcare. Mr. Brickman joined CMH in 2016 coming from Centura Health in Colorado, where he served as group president, Mountains and North Denver Operating Group, as well as President/CEO of St. Anthony Hospital. Before joining Centura Health, Mr. Brickman was system senior vice president of Provena Health and the regional CEO of two hospitals and an ambulatory network. He served as the executive vice president and chief operating officer of the Meridian Health System, and earlier in his career was chief operating officer of Baystate Medical Center, a 685-bed regional referral medical center for Western New England.

Mr. Brickman earned a bachelor’s degree in biological sciences at the University of Connecticut, Storrs, and a master’s in business administration with an emphasis in health care administration from Temple University in Philadelphia. He is a Fellow of the American College of Healthcare Executives and serves on numerous other civic and professional groups, including the board of the Maine Hospital Association.