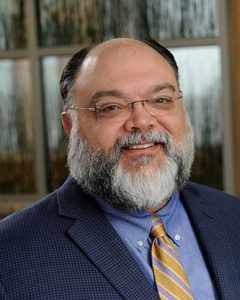 Whitlock joined CMH as Vice President for Finance in June 2018.

“John quickly built a strong finance team, leading support of our system operations by greatly improving the depth of financial reporting and analysis,” said Jeff Brickman, FACHE, chief executive officer of CMH. “As the system continues to grow, his considerable experience will be a remarkable asset to Central Maine Healthcare.”

Whitlock was a vice president at National Church Residences in Columbus, Ohio prior to joining CMH. In that role, he led a cultural shift in the organization to reposition the finance team to partner with operations. Previously he led financial planning and analysis at Mount Carmel Health System in Columbus and held senior positions at Adena Health System in Ohio and at Vanderbilt University.

He holds a BA in Business Administration and Finance from Emory University, and an MS in Accounting from Louisiana State University.