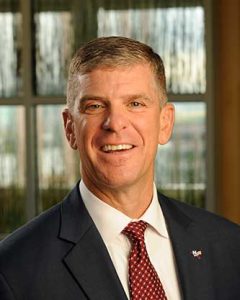 An experienced hospital administrator from New Hampshire will be the new President of Bridgton and Rumford Hospitals, Central Maine Healthcare announced today.

Peter J. Wright, FACHE joins CMH after serving for six years as President and CEO at Valley Regional Healthcare in Claremont, NH.  Highly regarded for his service-oriented leadership and ability to create connections with communities of all sizes, Wright also demonstrates outstanding knowledge and understanding of the unique nature of rural healthcare. His entire career has been spent in northern New England.

During his time at Valley Regional Healthcare, which is the only 4-Star critical access hospital in New Hampshire’s upper valley and a strategic partner of the renowned Dartmouth-Hitchcock healthcare system, Wright led two strategic planning processes to prepare the organization for healthcare and payment reform, engineering an operating margin turnaround while elevating empowerment-based decision-making at all levels.

Previously, he served as Chief Operating Officer at Littleton (NH) Regional Hospital; Senior Director of Planning, Development, and Medical Group Operations at Copley Health Systems in Morrisville, VT; and Managing Director of the Stowe (VT) Marathon. Peter earned his Bachelor of Science in business administration from Lyndon State College, his Master of Science in Administration from St. Michael’s College, and his Master of Health Care Delivery Science from the Tuck School of Business/Geisel School of Medicine at Dartmouth College. He currently serves on the Board of Trustees of the American Hospital Association and is a Fellow of the American College of Healthcare Executives.

“For 18 years, I have dedicated my career toward working with communities to add value and improve health in rural areas of northern New England,” Wright said. “I feel strongly that the key part of `community hospitals’ is `Community.’ We are there to serve, and it is critically important that we are an integral part of every aspect of what happens locally.”