We’re Here for You! Coronavirus (COVID-19) Updates
Lou Silverman
Home About Us Board of Directors Lou Silverman 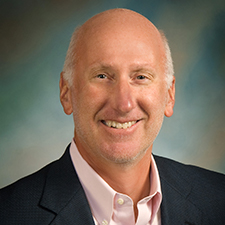 Lou Silverman is an experienced health care executive who grew up in Lewiston, ME and joined the CMHC Board out of a strong desire to give back to the community where he was raised.  He has expansive experience in leading healthcare technology and healthcare services organizations serving hospital systems, hospitals and provider groups.

A graduate of Amherst College and The Harvard Business School, Lou’s current company is a respected leader in the rapidly growing technology-enabled remote patient monitoring space. Previously he served as the CEO of a leading publicly traded EMR company as well as a specialty healthcare RCM organization.

Lou also serves as a Board member for a variety of public and private health care organizations.

Fun Fact:  Lou describes himself as a daily runner of uncommon dedication but modest speed.