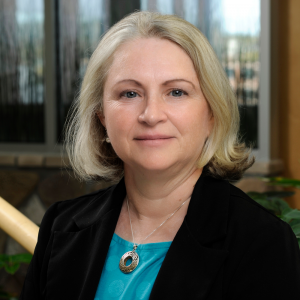 Ms. Shew joined CMH in 2020 as senior associate general counsel and chief compliance officer before her promotion to vice president.

She brings to the health system more than two decades of healthcare experience, including extensive work in quality, risk management and compliance. She began her healthcare career as a registered dietitian.

Ms. Shew previously worked as system director of risk and legal services at Tewksbury, Mass.-based Covenant Health and as director of performance improvement at both St. Mary’s Health System in Lewiston and Inland Hospital in Waterville.

A native of Midcoast Maine, Ms. Shew returned to the state after earning her juris doctorate from Western New England University in Springfield, Mass. She received her bachelor’s degree in dietetics from Rochester Institute of Technology in New York state after working as a chef.