Veterans Day, observed annually on November 11, is a tribute to military veterans who have served in the U.S. Armed Forces. It is an opportunity for all of us to show our appreciation for the sacrifices the women and men of the military have made. Central Maine Healthcare intends to honor our brave team members who fought and sacrificed for our liberty and freedom. As part of our tribute, we want to share two messages from leaders who spent years in the U.S. military before joining the CMH team. Timothy Coulihan, M.D., F.A.C.S., F.A.S.C.R.S.,
chief of surgery, is a retired colonel in the U.S. Army Reserve Medical Corp and made multiple deployments, including tours in Kosovo,
Afghanistan and Iraq. Among the awards he received are two Bronze Star Medals, a Combat Action Badge and a Combat Medical Badge: 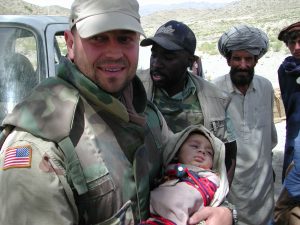 “As we approach Veterans Day this year it’s natural to reach out and thank veteran’s we come across for their service. Some of us are easy to pick out; bumper stickers and veteran plates on our cars, ballcaps saying Vietnam Veteran or now much fewer Korea or WWII logos. Our younger vets sport “grunt-style” and other brand tee shirts. Others are walking among us living their various lives undetectable. Some veterans appreciate the “thanks for your service” sentiment, but many of us are uncomfortable with the acknowledgment. Service to our country is something that unites all veterans, draftees and volunteers, peacetime and combat veterans alike. That service is to the citizens of our country, but also to the ideals that make our nation great. Our veterans endure many hardships during their service. They have to face time away from loved ones, and the comforts of living in a prosperous nation. There is a physical burden of serving; carrying heavy loads of equipment and dealing with temperature extremes, dust and burn pit exposures. Greater is the psychological burden many vets carry with them. Our veterans have served willingly and proudly. But veterans do wonder sometimes what am I fighting for? When we see behavior that doesn’t fit our values of freedom and inclusiveness or on a less political scale simply being uncivil or unkind to one another, we can take pause and wonder if the sacrifice was worth it. We can all honor our veterans this Veterans Day and every day going forward by thinking about what they fought for,and joining in that fight here at home. Live your best life. Commit acts of kindness. Give people the benefit of the doubt. Try and make the world around you a little better each day. Then a veteran can thank you for your service!” 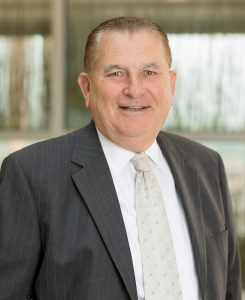 Richard Kropp, EdD, CAGS, SHRM-SCP, SPHR, senior vice president and CPO, spent years in the air force and a decade and a half in the reserves:

In the spring of 1972, I was about to graduate from college and faced an uncertain future. The Vietnam war was still ongoing, and there was still a draft. On a cold winter day in central Pennsylvania, the Selective Service held its draft for men born in 1951… which included me. I drew the number seven. That, of course, meant I would most certainly be drafted. I was okay with that but wanted more control over my future, so I enlisted in the Air Force Reserve. I wasn’t sure what would come next, but I knew I was going to graduate from college in May and get married in June. Both of those things happened and two weeks after the wedding, I was in basic training at Lackland Air Force Base in San Antonio, Texas. I was a reasonably immature 20-year-old when I got there, but 13 weeks later, I was a bit more grown-up. From there, it was off to Kessler Air force Base for more training in all things about air cargo. I learned how to load an airplane, a C-5, the largest, at that time, in the Air Force’s fleet. Then it was off to Dover Air Force Base in Dover, Delaware. Dover was the east coast staging area for moving troops and equipment to South Vietnam. My role varied, some days loading equipment and materials and others getting troops (mostly young Marines) settled onto the aircraft for their trip to the war. It was a sobering time and a fearful time, but one I have always believed allowed me to come into my own, grow way up, and find focus in my life. I never had to go to South Vietnam, a regret in some ways, but I knew those who did go supported our country and the things we stood for and still stand for. Those of us who serve stateside also did our part for the cause. I stayed in the reserves for another 15 years and loved every minute.

CMH sends our gratitude to all who have, and continue to, serve. Your sacrifices are not forgotten.